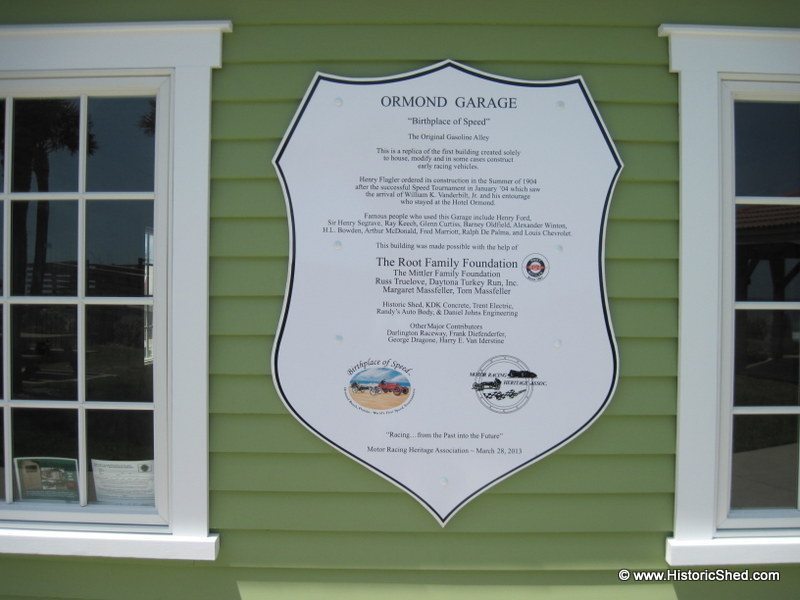 While every historic house that we design a shed for is unique, some places have an exceptional story that sets them apart from the rest. This is true of a property settled in the 1880s Florida wilderness where we installed a 12'x14' shed in November that will serve as archives storage. The site is listed on the National Register of Historic Places.

The house is located in what was founded as the the town of Limona in 1876 by Joseph Gillette Knapp, a retired judge from Wisconsin. Knapp actively promoted the area and soon convinced E. E. Pratt of the Illinois-based Elgin Watch Company to settle in Limona and to establish a retirement community for employees. Among the Illinois settlers was a talented watch maker, Charles Scott Moseley, his artist wife Julia Moseley, and their young children. Arriving in 1883, the Moseleys at first moved into a cabin that already existed on the lake-front property, but after a fire in 1885, they built the current house. Designed around a central porch to capture breezes on all sides, the house remains largely unaltered since initial construction. A well, bathhouse, shed and a two-story outbuilding constructed in the 1920s are also located on the site.

The current owner, a direct descendant of Scott and Julia Moseley, has an extensive collection of letters written by Julia to her husband during his frequent business trips describing life in the Florida wilderness, along with photographs, artwork and other artifacts from early Florida life. The archives shed was designed to store these items in a climate controlled environment as well as provide a work space for visiting scholars. Historic Shed was hired to design and build the shed in a manner that would complement the existing historic site. 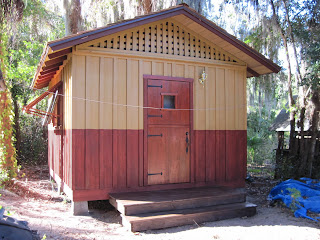 Built on tapered concrete piers to match the main house foundation, the shed incorporates cypress board and batten siding, exposed rafter tails, a custom dutch door and gable-end lattice details drawn from the various buildings on the property. Salvaged historic windows for the shed were provided by the owner and still have all their wavy glass panes. The windows are protected by batten shutters which can be fastened during storms to protect the fragile collection. The interior was finished with plywood walls, a pecky cypress ceiling, and cypress flooring. Cypress shelves and a desk constructed out of large cypress planks provided by the owner provide workspace for historians. The shed was insulated with open cell foam and a split mini system air conditioning system provides climate control. The paint scheme was used on the other historic outbuildings originally, using Julia Moseley's favorite colors.