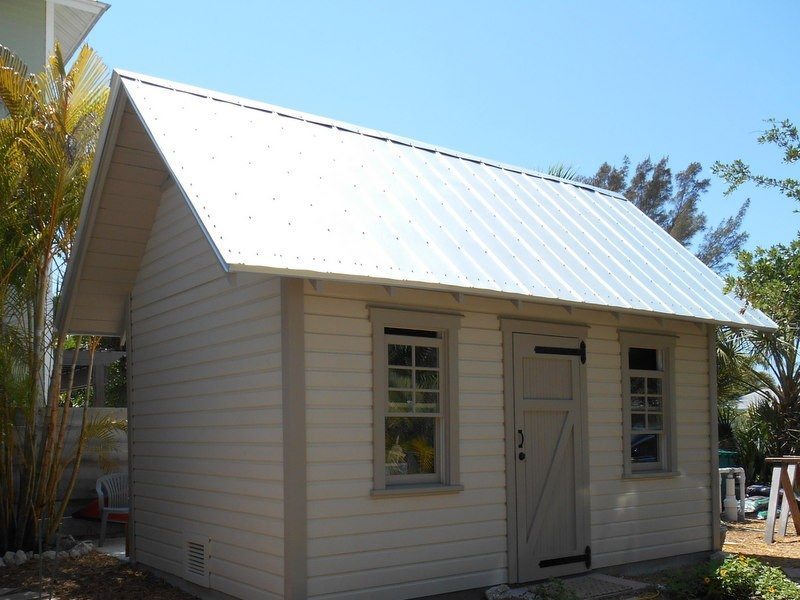 Plans for this shed are now available for sale at: https://historicshed.com/store-4/?model_number=HS001

Historic Shed was approached by a homeowner in Palm Harbor to design and build a custom shed to serve as both storage and a covered family bar seating area. The shed we designed and built is 12'x18' with a 4' covered porch area. The shed was divided by an  interior wall into a 13' storage area and a 4' bar area to house snack and drink storage and a television. The storage area is accessed by a double set of carriage house style doors on the side. The bar area has a single door access on the side and two awning covered opening with a wide cypress counter-top. The awnings are opened using a pulley system. The project is delightfully accented by a tropical color scheme. 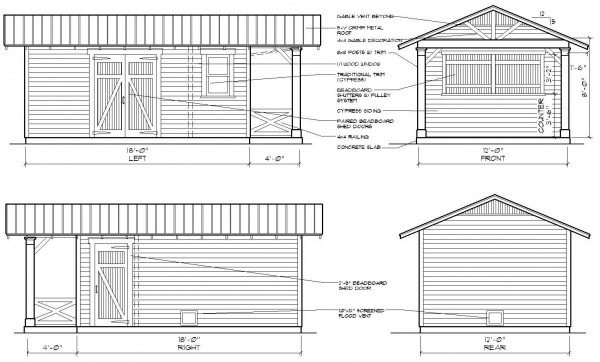 See another version of the Snack Shack here: https://historicshed.com/craftsman-snack-shack/