"Dickson Azalea Park began as a natural stream, later named Fern Creek, in a deep ravine surrounded by native ferns, palms, and oaks. It once was a watering hole for cattle herders driving their animals south. State Senator Walter Rose (1888-1958) purchased 40 acres of land here in 1916 and platted most of it for development. He set aside five acres adjacent to the creek for a park, called Senator Rose park, which he deeded to the City of Orlando in 1924. In 1933, the Civitan Club presented the City Council with a proposal to beautify the overgrown park and asked the city to re-name it in honor of Colonel Henry Hill Dickson (1849-1935). An Orlando business pioneer and civic leader, Dickson devoted his energies to the beautification of Orlando, and was instrumental in planting azaleas throughout the city. In 1935, ground was broken for restoration of the overgrown property. Local landscape architect Mulford Foster designed the scheme for the park's plants, water features, bridges and paths, and Works Progress Adminsitration labor built the park's walls and steps. Dickson Azalea Park was designated an Orlando Historic Landmark in 1991."

Tree emerging from the ravive in Dickson Azalea Park Orlando In Florida, we don't always need a full garage to protect our vehicles. We prefer to keep our cars out of the sun and rain, but since we don't deal with snow, walls are nice, but not required. Therefore, many homes built after the 1920s, when cars became commonplace, have integral carports as part of the design in Florida, even when they also have a detached garage. Mission style residence designed with an integral carport built in the 1920s. Bungalow with integral carport built in the 1920s with a detached garage to the rear. Historic detached carport for a bungalow. This one has storage built in along the side. Detached carport at a Tudor style home in Tampa. Other Florida homes have a detached carport design that is easy to add to any historic home property. These designs date from the 1880s through today, with elements from Craftsman Bungalows, Colonial Revival, and Mid-Century Modern all used to make unique and useful structures. 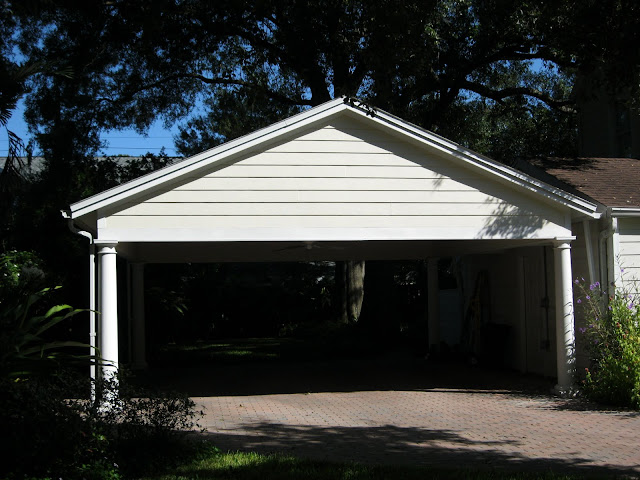 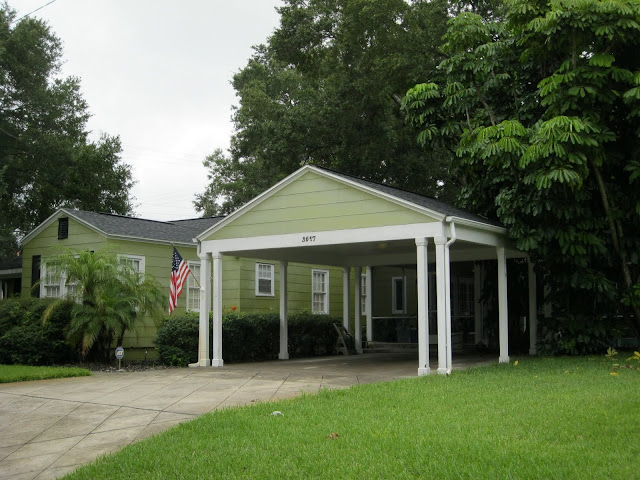 Historic Shed can custom design a detached car port to complement your historic home to protect your car and enhance your yard. Each design can incorporate details from the main house, using traditional materials and design elements that will look right at home at your historic property. These structures can double as entertainment pavilions as well for special occasions. Carport designed and built by Historic Shed in St. Augustine.

Some various carport/ storage options that may work for you: Side Gable single car carport with side storage Gable two-car carport with storage to the rear Hipped roof single car carport with storage to the rear

Hipped roof two-car carport with storage to the rear